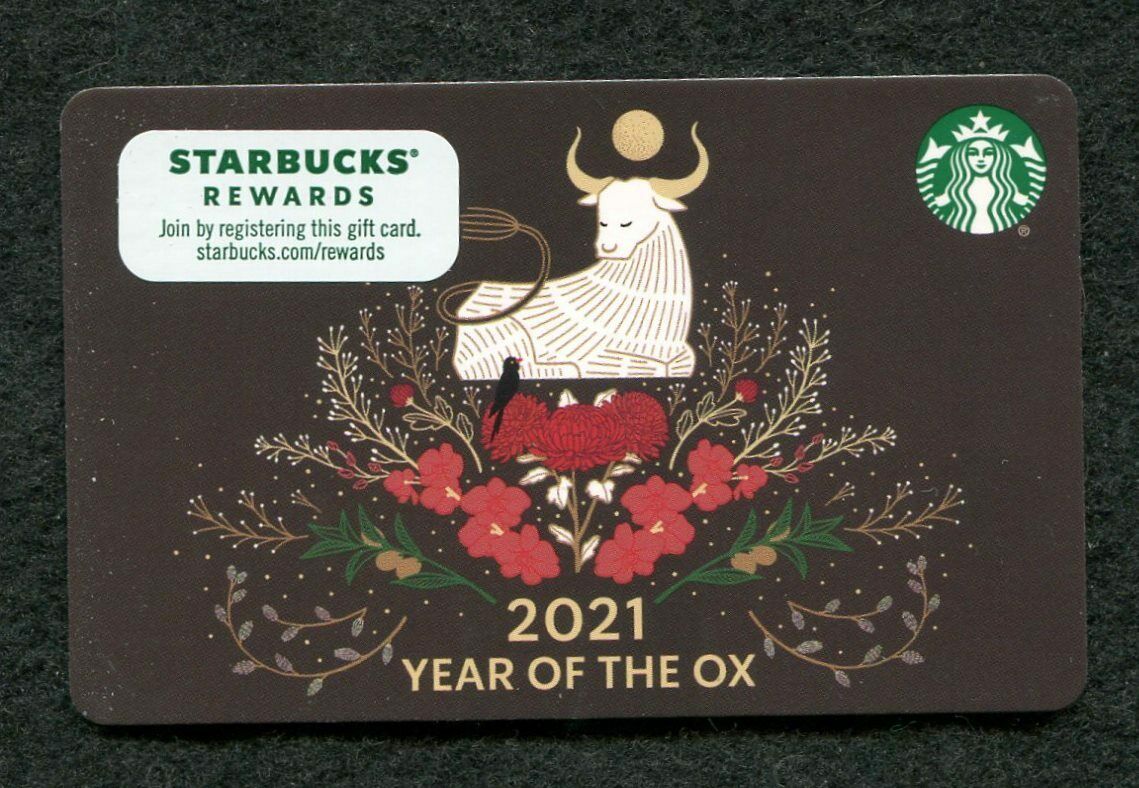 Hey, going to try and start this as a guide for any upcoming and rumored cards that I know of. The information will change rapidly so please chip in if you know of anything!

Every season, Starbucks releases 8-9 cards at once usually with motivational or quirky messages. So far 2 have been spotted!

Valentine’s Day is also up next in the world of Starbuck’s holidays. This years design looks to be brightly colored. No word on the usual die cut card designs that usually also drop with the Valentine’s Day card. Starbucks card designs have a long history with Valentine’s as the first themed card came out 2003.

Lunar New Year is coming up and Starbucks has had a design every year since 2012. This year will feature an elegant design with an Ox sitting on a floral design. No word on the design of the accompanying red envelope as of yet but be sure to be on the look out for that as well!

Starbucks gave a preview of their holiday merchandise and one of their previews featured one of their holiday gift card! No word on the release date but they did mention this holiday season would mark their 20th anniversary of Starbucks gift card. So we can probably expect a big and festive collection to drop. This card they showed seems to be pretty colorful and if the previews of their other drinkware are of any indication, we may be seeing a lot of colors and glitters!

2020 | San Francisco
Source: https://ebay.com
Release Date: N/A
Looks like Starbucks isn’t done releasing their already robust lineup of destination cards for the USA. San Francisco has been spotted on eBay. Be on the lookout for this one!

2020 Happy Halloween
Source: https://www.facebook.com/groups/1777825862358317
Release Date: Released early in some stores. (Sept 24, 2020)
The Halloween cards have been a treat the past few years and this year we get another card that looks like it’s also available in Canada and in certain Asian countries.

2020 Seattle Seahawks
Release Date: Released
Football season is upon us soon and with Starbucks being in Seattle they’ve always shown their support for the local NFL team. This card was spotted for sale on eBay for a premium price.  A collector told me that this card may appear in store starting August 25th. As with all recent Seahawks cards, they tend to stick around and have a good number circulating. So waiting a few weeks to trade or find them in stores may be the best way.

Looks like the 2020 USA destination cards are not done dropping! Boston has been recently sighted! The paper card transition has definitely turned away a lot of long time collectors but it looks like Starbucks is trying to keep the spirit of collecting alive by introducing a slew of highly exclusive and collectible card designs.

Looks like this year’s fall themed card collection is coming and some people have already gotten their hands on it. Autumn doesn’t officially start until September 22, 2020 so expect these card to start flooding the markets mid September and sticking around until the holiday cards drop.
Edit… as with retail, seasonal cycles are accelerated, meaning these cards will make an appearance nearly a month earlier than Autumn Equinox. They will begin to release on August 25th along with a fall menu and of course the beloved PSL. It’s officially Fall at Starbucks.

This card is starting to appear in a lot of stores. It’s a paper/ recycled cardboard card with a notebook and coffee written across the card. It appears to be a back to school themed card.

This year’s Dallas trickled into stores late in the summer cycle.

Back to School
Release Date: Released

This year’s back to school will be an interesting one with the pandemic. Many students will remain at home learning remotely to start the 2020-2021 academic year. Maybe gifting some Back to School cards can at least help bring normalcy come even if it’s a small gesture.

Toronto gets another card this year. It seems like Starbucks Canada likes to commit just one exclusive card per year for the country. It’s always alternating between a nation wide Canada card or a Canadian city. So far only Vancouver, Toronto and Quebec has been featured as cities.

This website uses cookies to improve your experience while you navigate through the website. Out of these, the cookies that are categorized as necessary are stored on your browser as they are essential for the working of basic functionalities of the website. We also use third-party cookies that help us analyze and understand how you use this website. These cookies will be stored in your browser only with your consent. You also have the option to opt-out of these cookies. But opting out of some of these cookies may affect your browsing experience.
Necessary Always Enabled

Any cookies that may not be particularly necessary for the website to function and is used specifically to collect user personal data via analytics, ads, other embedded contents are termed as non-necessary cookies. It is mandatory to procure user consent prior to running these cookies on your website.